"My ass is haunted by the gay unicorn coronal"

Professor Albert Tosspot, also known as Blessed Pipeman, or just Voxis is a living puppet and one of the most beloved EFAP allies. Alongside Cynic Snacks and CJ from Cynical Productions they form TGBP - a faction very similar to EFAP.

Pipeman is a living puppet. His lack of hair in some places alongside a grey moustache suggest that he is in his old days. His most distinctive feature is his pipe from which he smokes.

His attire consist of a white shirt, brown coat and red bowtie on his neck. His voice is his very iconic feature, just like

He is quite short, but he can still be considered a Long Man.

Due to his degree and experience Voxis is quite intelligent and eccentric fellow, often being loud and full of energy while shouting his catchphrase "bollocks". He is a very respected being in the universe, at least from the side of good, the Toxic Brood troops are very fond of him, especially during his reading of Chuck Tingle's books to everyone. He is not without his flaws as he can get quite nervous due to bad arguments, objectively bad media or even saying "Blessed Pipeman" too many times. He can also get shy when meeting a female, as seen during his first interaction with JLongBone. He also can do some questionable decisions, such as using other puppets as living ammo.

Voxis debuted during this event and immediately became a fan favorite among the Toxic Brood. He helped to defeat SnowmanGaming and later they thanked him for having a discussion. After witnessing Wolf vs Rags fighting, he was also present when REDACTED achieved peak of his power and it was him who changed his name to "Blessed Pipeman". The two became close shortly after, even if for a while. He also read gay erotica about sentient donuts to start off the stream.

“water under the faggot” 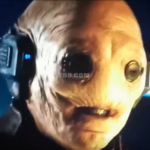 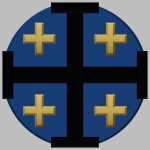 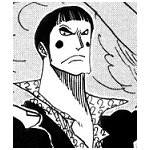